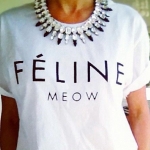 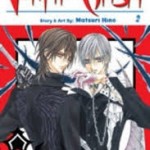 0
Ask a Question
Have questions? Get answers from Chuang Yi Publishing Pte Ltd or Yelu Singapore users. Visitors haven’t asked any questions yet.

Location map
Show Map
Expand Map
Pasir Panjang Road, #07-08 Alexandra Distripark-Blk 2, Pasir Panjang Road, Alexandra, Singapore Get Directions
Description
VISION - THE DANDELION Floating in the wind, bearing the seed of life into new, unexplored expanses; the dandelion is an expression of continuous exploration and growth. The logo symbolises Chuang Yi Publishing Pte Ltd's vision and aspiration to become that source of germination, generating and sharing the joy of reading with her customers. HISTORY From its early inception in 1990, Chuang Yi positioned itself as a company specialising in manga (Japanese comic book) publications, with the goal of sharing with the local populace this unique storytelling art form, having recognised its popularity in Asian countries like Japan, Hong Kong and Taiwan, and its potential to take off with equal fervour in Singapore. PUBLISHING Over the years, Chuang Yi has successfully achieved its goal of promoting this "manga culture" in Singapore. Response to several of her flagship titles like Dragonball , Slam Dunk , and Tian Long Ba Bu convinced the company that there was a significant local market demand for both manga and comics. To further fuel this growing trend, manga artists were specially invited to Singapore to grace local book events and autograph sessions. Inoue Takehiko's visit in 1997 during the peak of Slam Dunk's popularity was a tremendous hit with the local readers, culminating in a television interview that created such a buzz in the local manga scene, generating even more fans and supporters. The worldwide Pokémon phenomenon during the late 1990s was the perfect catalyst for Chuang Yi to bring the joy of manga reading to the untapped market of English-educated readers. The overwhelming response to several Pokémon manga titles sealed a permanent manga presence among this new group of readers, encouraging the company to increase its range of titles to cater to this demographic. Having secured its position as the leading manga publisher in this region, Chuang Yi continued to explore new markets by securing licenses to distribute its manga comics to regional territories like Malaysia, Australia, New Zealand, Philippines and India. In 2004, Chuang Yi began pursuing opportunities in line with its core vision. Magazines were added into her portfolio with the serialisation of a range of popular comic-magazines ( Winx Club, Disney's Princess ) for Singapore and Malaysia. Frequent events held at major shopping malls and schools served to build strong rapport with a new breed of young readers. This in turn, created new platforms to cross-promote Chuang Yi's current publications as well as other comic and manga related products.
Working hours
Add hours
Listed in categories
Business Services
Business Services / Advertising
Business Services / Advertising / Newspaper Publishers
Shopping
Shopping / Books
Shopping / Books / Book Publishers
Shopping / Books / Comics