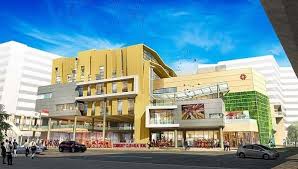 0
Ask a Question
Have questions? Get answers from McDonald's - Keat Hong Macdonald or Yelu Singapore users. Visitors haven’t asked any questions yet.

Location map
Show Map
Expand Map
Keat Hong Shopping Centre, Choa Chu Kang Avenue 1, 689812, Singapore Get Directions
Description
Everyone has a story to tell and like all humble beginnings, ours began in 1917. Ray Kroc, the man who put McDonald’s on the world map, was known to be many things, before he was the man behind the famous Golden Arches. He was a Red Cross ambulance driver, a piano player, a paper cup salesman and Multi-mixer salesman.

It was in 1954, while out in San Bernardino, California to answer a sales call that Ray Kroc made history. He discovered a successful restaurant ran by brothers Dick and Mac McDonald. It was like all other small restaurants of that time, but what made it stood out was the effectiveness of their operation. Serving a limited menu that consisted of only burgers, fries and beverages, it allowed them to focus on quality and quick service. Ray Kroc saw the opportunity of creating a chain of McDonald’s restaurants all across the United States, and pitched his vision to the brothers.

But Ray Kroc’s success story didn’t stop there. He wanted a restaurant system that would be famous for providing food of consistently high quality and uniform methods of preparation. He wanted to serve food that tasted the same at wherever the restaurant may be. In 1955, he founded the McDonald’s System, Inc. – the core of McDonald’s principles of Quality, Service, Cleanliness and Value (QSCV) – which lives on as the Company’s cornerstone to this day.

By 1958, just three years after opening its doors, McDonald’s served its 100 millionth hamburger. A year later, a record of 67 restaurants joined the family.

Today, McDonald’s Corporation has grown to more than 34,000 restaurants in over 118 countries. We serve a whopping 50 million people a day on average – not bad for a restaurant that took in a mere US$366.12 on its first day of business in Des Plaines, Illinois, USA, circa 1955. Fuelled by hard work and positive work ethics, the Company posted over US$40 billion in worldwide sales in 2003. It’s a run we hope to continue for a great many years.
Working hours
Add hours
Listed in categories
Food & Drink
Food & Drink / Restaurants
Food & Drink / Restaurants / Fast Food