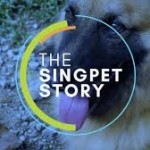 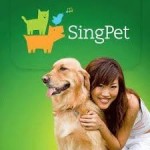 2 Reviews
3.0
Write a Review
5.0
Janice Koehler
Singpet Pte. Ltd. - Singapore Pet Supply8 Ubi Road 2 #03-02 Zervex 40853865 6729 1663, +65 6509 4625https://www.yelu.sg/img/sg/k/_1588695733-31-singpet-pte-ltd-singapore-pet-supply.jpg
1
FANTASTIC COSTUMER SUPPORT
My first time purchasing with Singpet and will surely be loyal with them for a lot of reasons. Aside from attractive prices, huge product selections… costumer service is simply FANTASTIC!!! Aldrin is my guy :) He’s been very friendly and super helpful. Even the last minute change with my order he managed to attend to. Thanks a big bunch Aldrin ???? Highly recommended to all paw-parents out there who wants nothing but the best for their furbabies 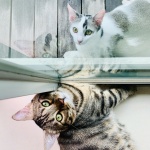 Reply Useful Wrong
1.0
Matilda
Singpet Pte. Ltd. - Singapore Pet Supply8 Ubi Road 2 #03-02 Zervex 40853865 6729 1663, +65 6509 4625https://www.yelu.sg/img/sg/k/_1588695733-31-singpet-pte-ltd-singapore-pet-supply.jpg
1
I purchased a Drinkwell from the Singpet website, which was recommended from reviews for cats, as I've got senior cats at home who require reminders to drink sufficient water. The Drinkwell arrived the very next day. Unfortunately, this is the only good thing I can say about this company. The Drinkwell does not work at all (I'd tried the gadget on all the sockets in my home)...basically, the motor doesn't run. When I tried contacting the company for a return and refund, I received a call with the agreement for someone from the company to pick up the item from my home that same late evening. I had to rush home from work, yet ended up waiting for someone to arrive in vain. I received no calls nor emails for this. No apology nor explanation was ever offered for this.

A call and email later, I received defensive replies from the owner (I shall not specify names here), reminding me of a no-refund policy and he is going out of the way to accommodate my request for a return and refund...for a gadget that doesn't even work! It was only then that he told me that pick up services only happen during office hours (I was not told of this in the earlier call). Eventually, I had to bring the gadget to my workplace and informed Singpet of the day and time to collect the item, along with giving me the refund. Someone from Singpost (NOT from Singpet) did come to collect the item...without a refund. No follow-up email from the company was sent to inform me of this. I was only told that I would receive the refund upon inspection of the returned item, which I naturally took as - someone from the company would be coming down for the collection personally and I would be receiving the refund upfront. I'm still awaiting my refund currently. A reply to my email asking why I've not received any refund upfront informed me of the need to inspect the returned item...none of which was communicated clearly.

All I can say is, I am extremely disappointed with the service from Singpet. I will not purchase from this company again, and will strongly dissuade others from patronizing them. The service is very poor, most of all the rudeness and gross lack of clear communication with the customer.
PUBLIC USER
Tan K L
I can vouch even after that many years ( now 2017) after Matilda had put up her review on the above Singpet, I would stay far away from doing business with this store. I was and I emphasized the word 'was' a subscription member for ONE year, as I ordered cat litter from this vendor Singpet. On the last order, he delivered apparently the wrong number of bags of litter of extra bags so claimed by him.
Sometime after 4 days, he SMS me that extra number of litter was delivered.

I called and told him I was not the person who received your order and if after 4 days then you called, I would have to checked the payment for the correct number ordered and also whether the number of bags of litter remaining still can be returned if not, I would then pay the difference.

He immediately went on a defensive and was so agitated that he was already making the assumption that i would cheat him of the unpaid litter, even saying i was shouting at him.
I made it plain and simple that IT WAS HIM making the error, not calling even given the number of days after delivery and given the fact that the type and number of bags of litter could be used during this period.And now he is shouting st a customer. He then shouted that I can keep the litter as if implying that i was dishonest and would not pay him the difference.

I ended up the conversation to him VERY clearly that I am the customer, you made the mistake and now you are shouting , making criticism that i am dishonest even after the few days he did not inform me, after the delivery. I hung up on him and i would say the such scum of business owner would very well be behaving the same year after year , if anyone would have the misfortune to do business with him.

I would never imagine any seller or business owner , having made a mistake on his own calling , would behave this way towards his customer.
Never never do any business with this shop Singpet the owner and likely the caller was the registered sole owner named Sebastian Wiradharma as shown in Scam advisor web
Reply Useful Wrong

Pets and Animals in Singapore